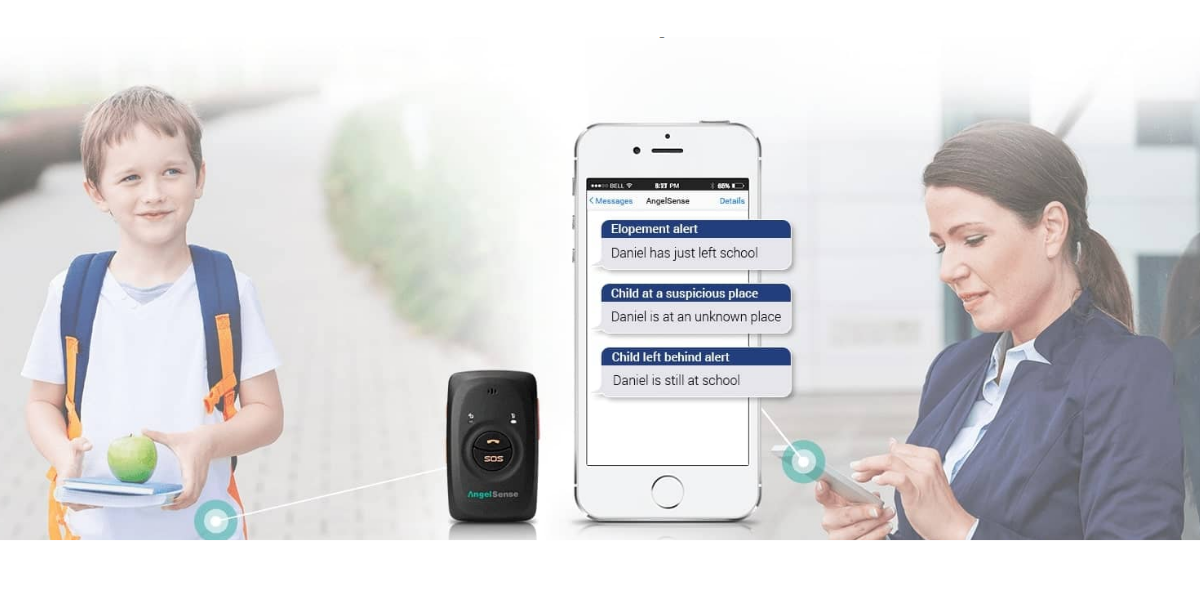 AngelSense: For a Mother’s Peace of Mind

AngelSense is an advanced GPS tracking device and monitoring system. It’s designed to protect children with special needs through location tracking, voice calls, and an alarm system. For Chrissy Hood, its greatest feature is peace of mind.

Chrissy researched a variety of tracking devices before deciding to try AngelSense. Her daughter, Jada, is three years old and starting to figure out how to open doors. While Chrissy isn’t worried about Jada wandering, she wanted to be proactive in keeping her daughter safe.

AngelSense has two main parts. The first part is a small device that looks like a pager. A child can wear this device three ways: in a small pouch that attaches to pockets, on a belt, or in a compression shirt. Each option for wearing the device is designed for children with sensory challenges. No matter which way they wear it, the device can only be removed by a special key. Chrissy is reassured by the fact that if Jada were ever in a dangerous situation, no one could remove her device.

The second part is the AngelSense Guardian app, which has to be downloaded on a smartphone. It connects to the child’s device, ensuring parents know where he or she is at all times. The GPS is pin-point accurate; every time Jada travels, Chrissy receives a notification. She knows when Jada leaves and when she arrives. Chrissy can see how long Jada’s in transit and the average speed of the vehicle she’s traveling in. Chrissy wears a smart watch, so she immediately sees all her notifications there. A parent can also receive notifications through cell phone or email.

Within the app, Chrissy named frequent locations for Jada: home, school, etc. If Jada ever goes to a new location, Chrissy receives an alert that Jada is in an unknown place. Chrissy can set parameters, and she’s alerted if Jada leaves those parameters. She can also set places that Jada can absolutely not go. If Jada enter those places, the police are immediately notified.

There are a few features of AngelSense that Chrissy has not used, for which she’s thankful. The device has one-way and two-way calling. With one-way calling, a parent can call the device and listen in. This tool is best used if a child is being bullied or mistreated. With two-way calling, a parent can call to talk with a child, helping soothe or comfort them. There’s an alarm, which can be used if a child wanders, hides, or gets lost in a crowd. The device also sends alerts if the car or bus that a child is traveling in stops unexpectedly or is running late. If something bad were to happen, there is a “First Responder Group Alarm.” With one click, a parent can notify family and police that a child is lost or has run away, and AngelSense sends out the child’s location.

Since AngelSense is advanced technology, there are a few things to know. There is a monthly service fee, and the lowest price is around $33 per month. The child’s device does have to be charged. It only takes 3-4 hours to get a full charge, and the app will remind a parent to charge it. The device also has to connect to a cell phone signal, which at times can be weak. The app will tell a parent how strong the signal is wherever the child is located.

If you are considering a safety device for your child, the Hood family highly recommends AngelSense for security and peace of mind.

March is a good time to notice “We’re here” 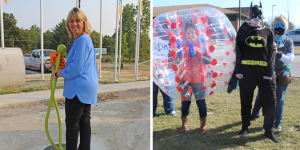